Ways to Get Rocket League Items

Everything to Know About Skins in Rust

Do You Make These Mistakes when Playing Online Slot Machines?

09 Most Inspiring Movies of All Time

The Indian actor Raj Kapoor was known and loved in the Soviet Union. He starred in Indian films and made films himself. It is Raj Kapoor who is considered one of the founding fathers of Bollywood. He was called “King of Indian Cinema”, “Chaplin of the East”, but at the same time many did not even realize that there was a Russian trace in his fate and work.

Raj Kapoor, full name Ranbirraj Kapoor, was born into an artistic family in 1924. Almost all of his relatives, one way or another, were associated with the theater. But young Raj, having worked in the theater, became interested in cinema. By the way, already in those days in India many films were shot! So Raj became a film actor.

And from the age of 26 he began to work as a director. His duet with actress Nargiz became very successful. They starred together in 16 of his films. And all the tapes were a huge success. Kapoor’s films are not only lyrical and romantic, they always raise social issues. And in India at that time there were still a lot of remnants of the past.

In 1951, the wonderful movie “Tramp” was released, which brought young Kapoor unprecedented success not only in his native India, but around the world. And in 1954, the film was released in the Soviet Union. The success was overwhelming. The film has become a real highlight in the world of cinema.

For the first time Soviet viewers became closely acquainted with the colorful and exotic Indian culture. The hobby of many of our compatriots in India comes from there. By the way, the film was shown on wide screens until 1985. And every time he collected huge box office. Although, it would seem, since then there have been so many all kinds of films with any plot, and even in color. But the legendary “Tramp” still beat all attendance records.

The next was the film “Mr. 420”. Kapuromania began in the Union. Everywhere postcards with his image were sold, songs from his films were broadcast on the radio. Kapoor himself repeatedly came to the Union, traveled to many cities. He was lovingly called in our country “Comrade Tramp.”

They say that Moscow fans carried his car in their arms. Raj came to Baku with Nargiz. Naturally, all the fans did not doubt for a minute that she was his wife. But this union remained only creative. After each visit to our country, Raj Kapoor shared his impressions with the whole family. It was very valuable for him that in such a large and great country he was loved and appreciated.

Thanks To Raj Kapoor

Thanks to Raj Kapoor, Indian films in the Soviet Union of those years were loved much more than others. American, for example. Some songs from his films were even performed in Russian. Kapoor himself also greatly appreciated Soviet films of the 60-70s. Appreciated as a spectator, and as a master of cinema. In 1970, Raj Kapoor directed the three-part film My Name Is a Clown.

The Soviet ballerina Ksenia Ryabinkina starred in it, she played in the second part of the film the circus Marina, who came to India on tour.

Marina met with the clown Raju and they fell in love. Even despite the fact that they did not know each other’s language. The story ends sadly, the tour ends, the girl needs to leave. And a lot of time passes before they see each other again.

In this part, Raj holds one of his main thoughts – people are one. Russians, Indians – they have more in common than differences. Raj Kapoor had high hopes for this joint project, often came to the Union, looked for suitable artists, circus performers here. A group of Soviet artists and cultural figures traveled to India.

In 1972, the film was shown in the Soviet Union, but it did not have much success, and simply failed at home. They expected songs, dances and romance from Kapoor … But later, after the death of the director, the film “My name is a clown” was highly appreciated by critics.

Raj Kapoor – the father and founder of Bollywood

Awards continue to give him, even after death. The great actor and director died in 1988, after a long illness. They say that just before his death, Kapoor was reviewing in his house a chronicle of his visit to Moscow. To Moscow, where Indian films were shown in every cinema.

The producer of Raj Kapoor Films assures us that Russia and Russian viewers are still loved and appreciated at the studio. At the evening of Raj Kapoor in Moscow in 2014, Mr. Rahul Srivastava, cultural and information adviser to the Indian Embassy in Russia, said that Raj Kapoor would probably be born Russian in his future life. 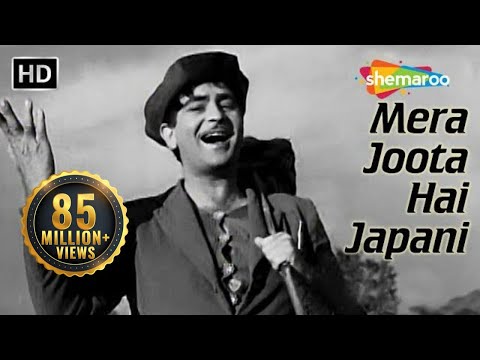